Skip to content
Posted on April 27, 2017Author Ethan No Comments on The Great 4 Elements

There are a total of four different elements on the Earth. Those elements are water, earth, fire and my favorite air. Each element can connect to everything in the Earth. For example earth can connect with metal because it is made out of minerals from the Earth. Another example is fire, fire is also lightning.

Now, I am going to explain each element and what they do. First is water, water is sometimes believed to have magnificent healing power’s. Not saying that I believe that, but some people do. Water is also the opposite of what fire stands for. Water stands for emotions, art, time, and especially healing and philosophy.

Then next up is Earth, Earth is the most passive and strong element out of them all. It stands for peace and tranquility. It’s opposite would be air. The Earth element’s species is said to be dwarf’s and dwarfs now how to use it even though they are just a myth.

Next up is fire, fire is one of the most dangerous elements. Fire can give courage, compassion, and devotion. Fire is the opposite of water, like I said before, because fire can be dangerous and hurt someone but water is about healing.

Finally, next up is air. Air can be known to be with the species of Elf’s. Air’s opposite would be Earth because Earth is the only solid element, and it means the total opposite of what air means. Air means invisible, playful, unpredictable, and inspiring. Air can also be dangerous. An example of air being dangerous is a hurricane, or even a tornado. 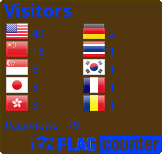